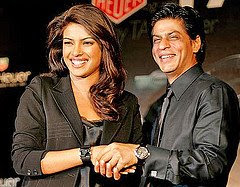 Khan was born to Muslim parents of Pathan ethnicity in New Delhi, India.[1] His father, Taj Mohammed Khan was a freedom fighter from Peshawar, Pakistan. His mother Lateef Fatima was the adopted daughter of Major General Shah Nawaz Khan of the Janjua Rajput clan, who served as a General in the Indian National Army of Subash Chandra Bose.[2]

Khan's father came to New Delhi from Qissa Khawani Bazaar in Peshawar before the Partition of India,[3] while his mother's family came from Rawalpindi, also in present-day Pakistan.[4] Khan has an elder sister named Shehnaz.[5] He attended St. Columba's School where he was accomplished in sports, drama and academics. He won the Sword of Honour, an annual award bequeathed to the student who embodies most the spirit of the school. He later attended the Hansraj College (1985-1988) to earn an Honors degree in Economics. Though he studied for a Masters Degree in Mass Communications at Jamia Millia Islamia, he later opted out to make his career in Bollywood.[6]

After the death of his parents, Khan moved to Mumbai in 1991.[7] In that same year, before any of his film releases, he married Gauri Khan (who is a Hindu) in a traditional Hindu wedding ceremony on 25 October 1991.[8] They have two children, son Aryan Khan (b. 1997) and daughter Suhana (b. 2000). According to Khan, while he strongly believes in Allah, he also values his wife's religion. At home, his children follow both religions, with the Qur'an being situated next to the Hindu gods.[9][10]

In 2005, Nasreen Munni Kabir produced a two-part documentary on Khan, titled The Inner and Outer World of Shah Rukh Khan. Featuring his 2004 Temptations concert tour, the film contrasted Khan's inner world of family and daily life with the outer world of his work. The book Still Reading Khan, which details his family life, was released in 2006. Another book by Anupama Chopra, "King of Bollywood: Shahrukh Khan and the seductive world of Indian cinema", was released in 2007. This book described the world of Bollywood through Khan's life.

Khan's life-size wax statue is on display at the Madame Tussauds wax museum, London, installed in April 2007.[11] Khan has been accorded the Ordre des Arts et des Lettres (Order of the Arts and Literature) award by the French government for his “exceptional career”.[12] In October 2008, he had been conferred the Darjah Mulia Seri Melaka which carries the honorific Datuk (in similar fashion to "Sir" in British knighthood), by the Yang di-Pertua Negeri Tun Mohd Khalil Yaakob, the head of state of Malacca in Malaysia, despite an outcry among the Malaysian public and local artistes who question his contribution to the country, other than "promoting tourism in Malacca" by filming One Two Ka Four there in 2001.[13]

The credit for the phenomenally successful development and management of Shahrukh's career goes to the superstar himself.[14]

Khan made his acting debut in 1988 when he appeared in the television series, Fauji, playing the role of Commando Abhimanyu Rai.[15] He went on to appear in several other television serials, most notably in the 1989 serial, Aziz Mirza's Circus, which depicted the life of circus performers.[16] The same year, Khan also had a minor role in the made-for-television English-language film, In Which Annie Gives it Those Ones, which was based on life at Delhi University and was written by Arundhati Roy.

Upon moving from New Delhi to Mumbai in 1991,[17] Khan made his Bollywood movie debut in Deewana (1992). The movie became a box office hit, and launched his career in Bollywood.[18] His performance won him a Filmfare Best Male Debut Award. His second movie, Maya Memsaab, generated some controversy because of his appearance in an "explicit" sex scene in the movie.[19]

In 1993, Khan won acclaim for his performances in villainous roles as an obsessive lover and a murderer, respectively, in the box office hits, Darr and Baazigar.[20] Darr marked his first collboration with renowned film-maker Yash Chopra and his banner Yash Raj Films, the largest production company in Bollywood. Baazigar, which saw Khan portraying an ambiguous avenger who murders his girlfriend, shocked its Indian audience with an unexpected violation of the standard Bollywood formula,[21] yet his performance won him his first Filmfare Best Actor Award. In that same year, Khan played the role of a young musician in Kundan Shah's Kabhi Haan Kabhi Naa, a performance that earned him a Filmfare Critics Award for Best Performance. Khan maintains that this is his all-time favourite among the movies he has acted in.[22] In 1994, Khan once again played an obsessive lover/psycho's role in Anjaam. Though the movie was not a box office success, Khan's performance earned him the Filmfare Best Villain Award.[23]

In 1995, Khan starred in Aditya Chopra's directorial debut Dilwale Dulhania Le Jayenge, a critical and commercial success, for which he won his second Filmfare Best Actor Award[24] which entered its twelfth year in 2007 in Mumbai theaters. By then the movie had grossed over 12 billion rupees, making it as one of the biggest movie blockbusters.[25]

1996 was a disappointing year for Khan as all his movies released that year failed to do well at the box office.[26] His first 1997 release, Yash Chopra's Dil to Pagal Hai, however, became that year's second highest grossing movie, and he won his third Filmfare Best Actor Award.[27] Earlier that year, he saw success with Subhash Ghai's Pardes -- one of the biggest hits of the year-- and Aziz Mirza's Yes Boss.[27]

In 1998, Khan starred in Karan Johar's directoial debut, Kuch Kuch Hota Hai, which was the biggest hit of the year.[28] His performance won him his fourth Best Actor award at the Filmfare. He won critical praise for his performance in Mani Ratnam's Dil Se. This movie did not do well at the Indian box office, but was a commercial success overseas.[29] Khan's only release in 1999, Baadshah, was an average grosser.[30]

In 2000, Khan starred in Aditya Chopra's second film, Mohabbatein, co-starring Amitabh Bachchan. The film did well at the box office, and Khan's performance won him his second Critics Award for Best Performance at the Filmfare. He also starred in Mansoor Khan's Josh, which was also a box office success.[31] In that same year, Khan set up his own production house, Dreamz Unlimited with Juhi Chawla. Both Khan and Chawla starred in the first movie of their production house, Phir Bhi Dil Hai Hindustani.[31]

In 2001, Khan collaborated with Karan Johar for the second time in the family drama, Kabhi Khushi Kabhie Gham which was the second biggest hit of the year. He also received favorable reviews for his performance as Emperor Asoka in the historical epic, Asoka.[32]

In 2002, Khan received acclaim for playing the title role in Sanjay Leela Bhansali's award-winning period romance, Devdas. It was the third Hindi movie adaptation of Sharat Chandra Chattopadhyay's well-known novel of the same name, and surfaced as one of the biggest hits of that year.[33] Khan also starred opposite Salman Khan and Madhuri Dixit in the family-drama Hum Tumhare Hain Sanam, which did well at the box office.[33]

In 2003, Khan starred in the moderately successful romantic drama, Chalte Chalte.[34] That same year, he starred in the romantic drama movie, Kal Ho Naa Ho, written by Karan Johar and directed by Nikhil Advani. Khan's performance in this movie as a man with heart disease was appreciated. The movie proved to be one of the year's biggest hits in India and the biggest Bollywood hit overseas.[34]

2004 was a good year for Khan, commercially as well as critically. He starred in Farah Khan's directorial debut, Main Hoon Na. The movie did well at the box office. He then played the leading role of Veer in Yash Chopra's Veer-Zaara, which was the biggest hit of 2004 in both India and overseas.[35] Khan's performance in the film won him awards at several award ceremonies. In that same year, he received critical praise for his performance in Ashutosh Gowariker's Swades, which won him the Filmfare Best Actor Award for the sixth time, although the movie was a box office failure. He was nominated for the Filmfare Best Actor Award for all three of his releases in 2004, winning it for Swades.[35]

Khan's only movie release in 2005 was the fantasy film, Paheli. It was a box office failure, but won him acclaim.[36] The movie was India's nomination for the Oscars.

In 2006, Khan collaborated with Karan Johar for the fourth time with the melodrama movie, Kabhi Alvida Na Kehna. It did well in India and much more so in the overseas market, becoming the biggest Bollywood hit in the overseas market ever.[37] His second release in that saw him playing the title role in the action film Don, a remake of the 1978 hit Don. The movie was a success.[37]

Khan's first release in 2007 was a film about the Indian women's national hockey team, Chak De India. Earning over Rs 639 million, Chak De India became the third highest grossing movie of 2007 in India[38] and was critically acclaimed.[39] In addition, Khan received his seventh Filmfare Best Actor Award for his performance as the coach of the team.

Khan also starred in Farah Khan's 2007 film, Om Shanti Om. The film emerged as the year's highest grossing film in India and the overseas market,[38] as well as earned him another nomination for Best Actor at the Filmfare ceremony.

Khan turned producer when he set up a production company called Dreamz Unlimited with Juhi Chawla and director Aziz Mirza in 1999. The first two of the films he produced and starred in: Phir Bhi Dil Hai Hindustani (2000) and Asoka (2001) were box office failures.[32] However, his third film, as a producer and star, Chalte Chalte (2003), was the first box office hit from his production house.[34]

In 2004, he set up another production company called Red Chillies Entertainment and produced and starred in Main Hoon Na which was another hit at the box office.[35] In 2005 he produced and starred in the fantasy film Paheli, which was a box office failure.[36] It was India's official entry to the Oscars for a nomination for Best Foreign Film, but it did not pass the final selection. That same year he also co-produced the supernatural horror film Kaal with Karan Johar and performed an item number for the film with Malaika Arora Khan. Kaal was moderately successful at the box office.[36] The latest film Om Shanti Om, which he produced as well as starred in, has done very well at the box office. In 2008, The Red Chillies Entertainment became the owner of Kolkata Knight Riders in the BCCI backed IPL cricket league.